Sapiens: A Brief History of Humankind 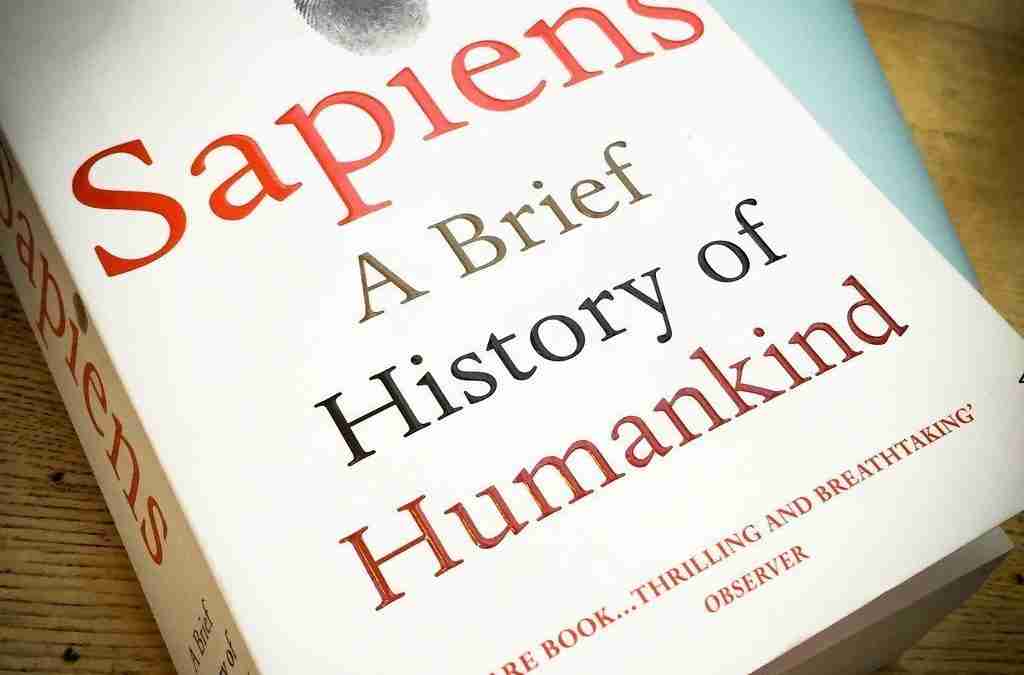 Harari’s work situates its account of human history within a framework provided by the natural sciences, particularly evolutionary biology, evolutionary anthropology, and evolutionary psychology: he sees biology as setting the limits of possibility for human activity, and sees culture as shaping what happens within those bounds. The academic discipline of history is the account of cultural change.

Harari surveys the history of humankind from the evolution of archaic human species in the Stone Age up to the twenty-first century, focusing on Homo sapiens. He divides the history of Sapiens into four major parts:[4]

Harari’s main argument is that Sapiens came to dominate the world because it is the only animal that can cooperate flexibly in large numbers. He argues that prehistoric Sapiens were a key cause of the extinction of other human species such as the Neanderthals, along with numerous other megafauna. He further argues that the ability of Sapiens to cooperate in large numbers arises from its unique capacity to believe in things existing purely in the imagination, such as gods, nations, money, and human rights. He argues that these beliefs give rise to discrimination – whether that be racial, sexual or political and it is potentially impossible to have a completely unbiased society. Harari claims that all large-scale human cooperation systems – including religions, political structures, trade networks, and legal institutions – owe their emergence to Sapiens’ distinctive cognitive capacity for fiction.[5] Accordingly, Harari regards money as a system of mutual trust and sees political and economic systems as more or less identical with religions.

Harari’s key claim regarding the Agricultural Revolution is that while it promoted population growth for Sapiens and co-evolving species like wheat and cows, it made the lives of most individuals (and animals) worse than they had been when Sapiens were mostly hunter-gatherers, since their diet and daily lives became significantly less varied. Humans’ violent treatment of other animals is a theme that runs throughout the book.

In discussing the unification of humankind, Harari argues that over its history, the trend for Sapiens has increasingly been towards political and economic interdependence. For centuries, the majority of humans have lived in empires, and capitalist globalization is effectively producing one, global empire. Harari argues that money, empires, and universal religions are the principal drivers of this process.

Harari sees the Scientific Revolution as founded on innovation in European thought, whereby elites became willing to admit to, and hence to try to remedy, their ignorance. He sees this as one driver of early modern European imperialism and of the current convergence of human cultures. Harari also emphasises the lack of research into the history of happiness, positing that people today are not significantly happier than in past eras.[6] He concludes by considering how modern technology may soon end the species as we know it, as it ushers in genetic engineering, immortality, and non-organic life. Humans have, in Harari’s chosen metaphor, become gods: they can create species.

Harari cites Jared Diamond‘s Guns, Germs, and Steel (1997) as one of the greatest inspirations for the book by showing that it was possible to “ask very big questions and answer them scientifically”.[7]