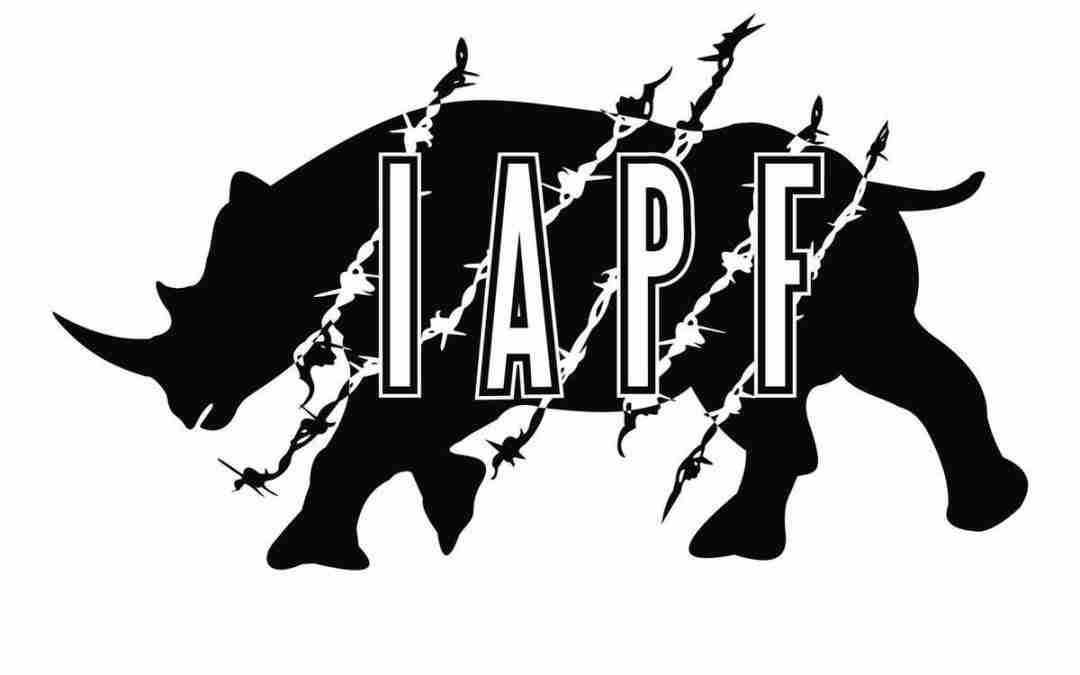 The International Anti-Poaching Foundation (IAPF) is a non-profit  registered in Australia, predominately operating on the African continent.[1][2] The group has a structured military-like approach to conservation, employing tactics and technology generally reserved for the modern-day battlefield.[3]

Following service in Iraq spanning 12 years of duty, former Australian naval clearance diver and special operations sniper Damien Mander[1]headed for Africa with the intention of using his niche skills for conservation.[4][5] What was initially to be a short adventure quickly turned into an obsession as Mander observed first-hand the harsh realities that front-line rangers and wildlife face on a daily basis.[6] Liquidating his life savings and real estate portfolio accumulated from nine years of military service, Mander founded the IAPF in 2009.[7] He was soon joined by his working colleague, wartime veteran and friend of 11 years, Steven Dean. The pair now operate the IAPF in Africa, spending most of the year on the ground protecting wildlife.[2][8]

Across much of Africa anti-poaching tactics have remained largely unchanged for decades.[9] Small groups of undertrained and poorly equipped rangers are sent out for days on end to conduct patrols in remote and dangerous locations. Modern-day poachers have evolved and routinely utilise military tactics and equipment to kill individual members of high-target species, such as elephants, rhinos and gorillas. Seeing this shortfall, the IAPF set out to fill the gap.[10]

What initially started out as a training quickly expanded into outreach, management, and research-orientated outfit, capable of running autonomously or alongside existing projects.[11][12]

The organisation has a strong emphasis on public relations, and the media has responded well to the story of two transformed soldiers now dedicated to conservation and to encouraging a modern generation to stand up and have more empathy for animals and the environment.[13]Mander is an outspoken animal activist who is not afraid to publicly voice his views on critical environmental issues, from poaching to increased human pressures on wilderness areas.[14] In 2013, three separate nominations at The Humane Society of the United States’ 28th annual Genesis Awards featured stories on the IAPF.[15] These awards honour animal welfare issues in the media.

In 2010, the TV program 60 Minutes travelled to Victoria Falls, Zimbabwe to film IAPF operations. This showcased to a large audience the plight of the black rhinoceros, listed as critically endangered and under increasing threat as the price of their horns continues to rise steeply in Asia.[16] In 2012, 60 Minutes filmed the IAPF using unmanned drones (UAVs) in Mozambique’s Niassa National Reserve.[13]

National Geographic Magazine shadowed the IAPF whilst writing its feature article “Rhino Wars.” The article (which earned a first prize world press photo award for Brent Stirton[17]) covered organised crime’s role in poaching, the pros and cons if the rhino horn trade were legalised, and the militarised ranger training and operations that the IAPF delivers.[18]

The IAPF is governed by a board of directors in Australia, a board of trustees in Zimbabwe, and an international advisory board.[2] It is independently audited annually. Registered as a non-profit(ABN 57142987782), the majority of its funding comes from the Australian general public.

The IAPF has attracted the attention and support of Monaco’s Conservation Guardians, an organisation on whose board Mander sits as a Director.[19][20]

In May 2013, Damien Mander made a presentation about the plight of animals in today’s society in a TEDx presentation held at the Sydney Opera House.[21]